The Blue and White • December 4, 2020 • https://ahsblueandwhite.com/945/arts-and-entertainment/warm-winter-movies-christmas-edition/ 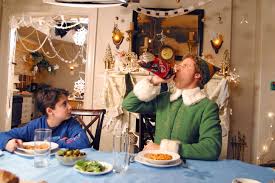 ‘Tis the season for roasting marshmallows by the firepit, sipping hot chocolate, and snuggling up in a blanket to watch movies with  heartwarming messages. Ranging from classics to exciting new movies, here are the must-watch movies for the countdown till Christmas .

The infamous 2003 family comedy motion picture, Elf, gives a fun twist to the traditional Christmas movies. Greg enjoys the “colorful” personalities and moral of the story, he states “My favorite part of the movie is when Buddy makes his candy spaghetti.” The film takes place in the North Pole with a human boy named Buddy who accidentally stows away in Santa’s bag and gets raised by elves. As time goes on. Buddy realizes he is no normal elf and goes to New York to find his biological father. Walter, Buddy’s biological father, is a man whose world revolves around logic. With the help of their friends and family, the two incompatible personalities end up saving Christmas.

Home Alone is yet another classic winter film. In Winston’s case, he is amused by the hidden comedy of the villains embedded in the movie. The movie takes place in Illinois when a family of 14 leaves their youngest, Kevin McCallister, at home while the rest of the family goes to Paris. Kevin’s excitement soon turns to regret when he realizes two con men are trying to rob his home and there is no one to defend it but him. You can find this movie on Disney Plus, Google Play, and Amazon Prime. 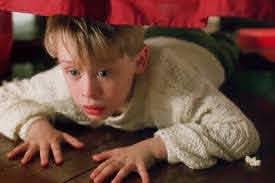 The Polar Express is a fan favorite and brings back memories of Pajama Day with hot cocoa and popcorn. This movie, directed by Robert Zemeckis, is based on a children’s book by Chris van Allsburg. The journey of three kids to the North Pole on a train ride inspires one young boy to believe in Santa Claus. Abi says, “It’s not only the movie but the memories that come with it that makes it one of my favorite movies.” You can find this movie on Vudu, Amazon Prime, and Google Play. 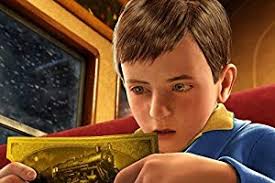 Rise of the Guardians (2012) – Recommended by Samuel Alexis

Rise of the Guardians, directed by Peter Ramsay, strays away from typical Christmas films. The animation portrays Santa Claus, the Easter Bunny, Tooth Fairy, SandMan, and Jack Frost teaming up to protect the dreams of children from the Boogie Man. This movie joins action and friendships between the guardians to create a fascinating film. “It leaves you with a genuine message that belief is a major role in one’s life.” Samuel adds. This movie is available on Hulu Premium, HBO Max, and Amazon Prime.

The Grinch (2018) – Recommended by Keith Harrison

The Grinch and his dog, Max, live on the top of Mount Crumpet and absolutely despised anything Christmas related ever since he was a young boy. He has believed that Christmas is a holiday where people become selfish. With the help of Max, The Grinch plans to steal Christmas and silence Whoville’s holiday cheer. This movie was directed by Yarrow Cheney and Scott Mosier with top notch animation. “My favorite character is the dog Max, he doesn’t speak but is still such a huge part of the movie plot.” said Keith. You can find The Grinch on Netflix, Youtube, and Amazon Prime.