The Blue and White • April 8, 2022 • https://ahsblueandwhite.com/4304/athletics/flagging-down-our-lady-darters/

Flagging Down Our Lady Darters 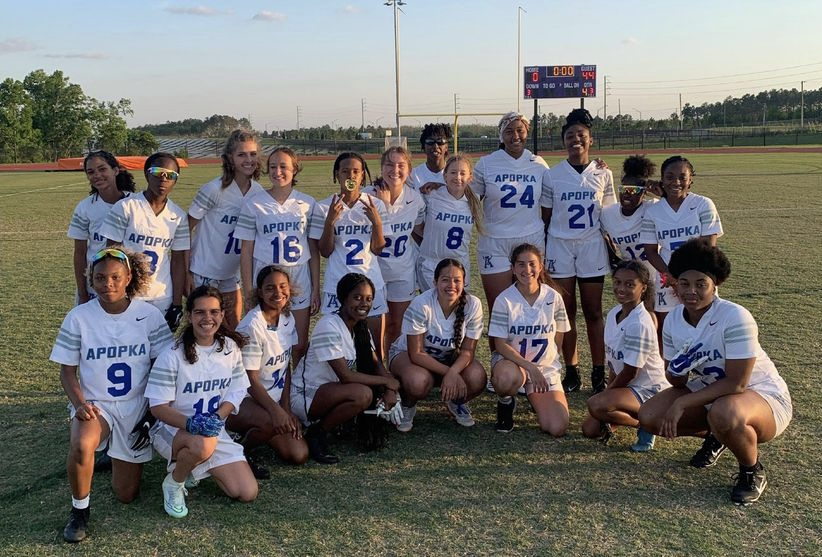 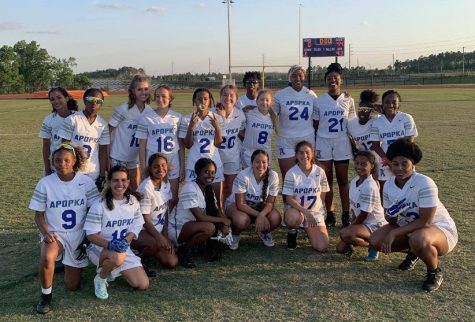 Our Lady Darter Flag Football team made quite a reputation for themselves last year with a 10-3 record and one of our very own players, Kiera Knight, earning the first full ride flag football scholarship in Apopka history. This year, the flag football program expects nothing different. So far the flag team is 8-2 and is ranked top 25 in the nation. It is clear to say that Apopka is a true competitor when it comes to flag football.

The Blue and White got the chance to speak with one of the leaders on the flag football team and she was very optimistic for what’s to come. 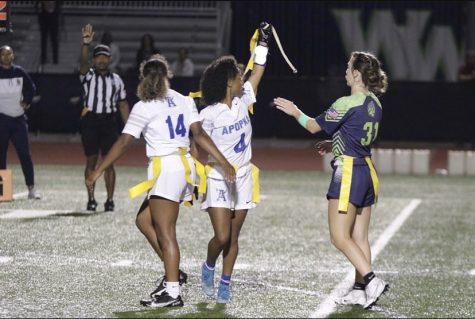 Senior Taylor Adams has been playing for three years and is the starting inside receiver, running back, and rusher. She hopes to “get an offer for flag football and be a wonderful captain and teammate that my fellow teammates can look up to.” Preparation is a key factor in creating a successful program in any sport. In order to prepare for this season Taylor stated, “The team and I work hard every single day in the cold, rain, heat, etc. We were up early during spring break every single day with a trainer to work on speed and agility.” 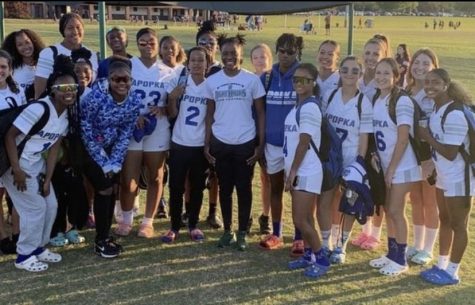 So far our Lady Darters have played a total of 10 games, winning 8 of those. Their top wins were against Evans 39-0, Ocoee 19-0, and Horizon 44-0. Two of those wins were from their Tallahassee tournament where they went 2-3. During this trip the team also got the chance to visit colleges such as FAMU and FSU. “We want to show our girls that there is more than just flag, and we want to see every single one of them succeed in whatever they choose to do,” expresses Coach Hardy. Coach Hardy, Coach Wilson, and Coach Jenkins claimed on numerous occasions during the interviews that this team is “bigger than flag football.” Taylor Adams seconds that by saying the team atmosphere is “encouraging and welcoming,” that they are a “family.”

The Lady Darters are back in action on April 12th, where they will be facing off Wekiva at Wekiva at 6:00pm. They only have 4 regular season games until playoffs so go and support these athletes as they face tough competition and strive to come out on top. The Blue and White wishes the best of luck to our Lady Darters! Below are the all of the upcoming games for the month of April: