When you think of wrestling, what comes to mind? Is it buff dudes with handlebar stashes wrestling for a place in a girl’s heart? Or is it Wrestle Mania? Whatever comes to mind, I can assure you that while the wrestling practiced at Apopka High won’t include any metal chairs being hit across someone’s back, it’s something that brings pride to our school. 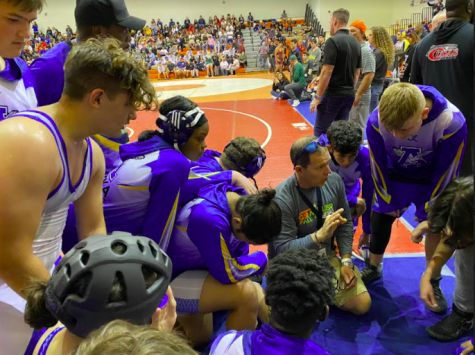 Wrestlers are just like any other athletes when it comes to their responsibility with maintaining their bodies and performance. “We practice usually 5 days a week for about 2 hours and 30 minutes,” said Senior Zaire Warner. He goes on to say, “We practice every day and have [meetings] almost every Saturday and some on weekdays. It’s all over the place but still manageable.” When asking Coach Wilson what the primary goal of wrestling is outside of competitions, he replied “The primary goal outside of competition is to maintain weight, maintain strength and stamina.” According to Coach Wilson, wrestlers are expected to have 2-3 days of cardio training and 2-3 days of weight training.

Needless to say, our wrestlers might be on the road to be voted, “most likely to be gym rats” if senior voting polls still existed. Our wrestling team puts in hours and weeks of dedication to bring glory to Apopka High. Like other athletic teams, wrestling coaches put in the time to improve our team day by day and as a result of their hard work, we have such an influential team this year. 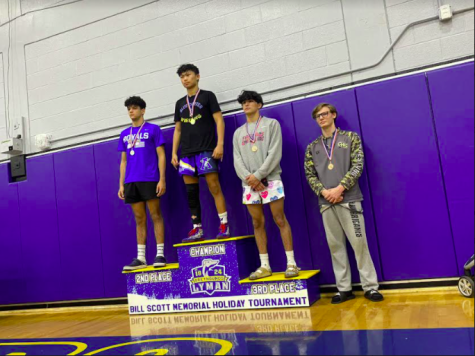 Under the leadership of Coach Bruce McMillian, our lady wrestlers are also taking care of business on wrestling mats all across the district.  Just this past Friday, these young lady wrestlers all placed in the championship finals, with two winning their championship match and two coming in second place out of 21 teams participating in the Women’s Metro Conference Wrestling Tournament:  1st Shelby Sherman and Jada Jones, 2nd Samantha Sherman and Nehemie Gregoire. 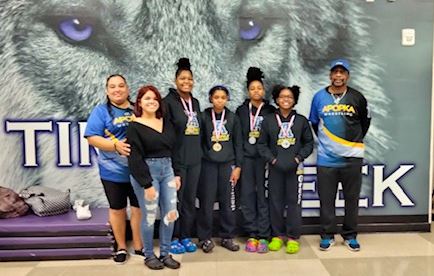 Note: As of this publication, the AHS wrestling team participated in the 36th Annual Rotary IBT that was held at Flagler Palm Coast High School. AHS had an outstanding outcome:

Also as a team, AHS finished 10th out of 34 teams in one of Florida’s toughest tournaments. Congrats, Blue Darter wrestlers!