The Blue and White • September 23, 2021 • https://ahsblueandwhite.com/2383/arts-and-entertainment/you-aint-messin-with-these-thespians/

You Ain’t Messin’ with These Thespians! 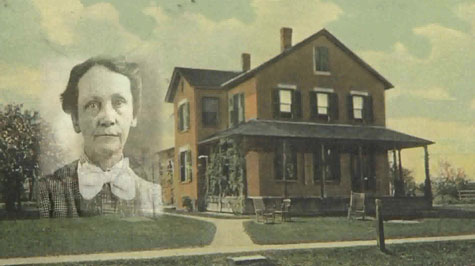 We are officially deep into the 2021-2022 school year and the Apopka High School’s Drama Club, also known as the International Thespians, are not wasting time it seems. This year the Drama Club, led by Apopka’s Theatre teacher, Matthew Morphew is putting on a play based on real events titled Arsenic and Old Lace by Joseph Kesselring. We got to speak with Mr. Morphew, and Club President Katie Lee about not just the play, but the club itself as well.

We first got to speak with Katie, who is a veteran of the club. What about the club spiked their interests? Katie said, “I have wanted to be a part of this club since I was little because I loved theatre and acting. When I started high school, I was in the theatre class and heard about the club and how close everyone was. And since I was a freshman, I wanted any chance to make new friends. Because of Drama Club, I have made some life long relationships I wouldn’t trade for the world!”

We asked a club member separately about what they would change about the Drama Club if they could, this member wished to stay anonymous, but told us that “I know the club is fairly new-ish and all, but I wish it could be consistent with its dates that we attend,” which is an interesting thought, but as of right now, the day the club meets is every other Tuesday after school. How is this club different from last year? Mr. Morphew says “The club’s different from last year because we actually have students on campus again, which is great. Last year we did have Drama Club but it was in a virtual setting. We didn’t have as many people, as many participents, as many people interested, and it wasn’t the same kind of enviroment or reaction” and that “…it’s better, the way it should be. We have several members right now, we have about 66 members…” It will be an exciting year for Drama Club, and according to Mr. Morphew, they are still accepting new club members. If you are interested in joining the Drama Club, all it takes is the passion for theatre and and the want to express yourself! The club, according to Mr. Morphew, is not short on members, but as we stated earlier, they definetely are accepting new members. We asked Katie what she enjoys the most about Drama Club. Katie told us that she loves the close bonds that you form with people in the club, and that it’s a very open and comfortable space to talk about whatever you want while having a fun time.

Next we asked the Drama Club about this year’s show, Arsenic and Old Lace. Katie told us that it’s “…about two old sisters that believe murder the only way to set lonely old men free. It’s a hilarious play that any age will understand and enjoy,” making the show sound enticing and entertaining.  Which Apopka students will be playing the lead roles of Arsenic and Old Lace? Katie was excited to tell us that she’ll be ‘Martha Brewster,’ one of the two sisters, Junior Vladimir Boevers will be playing the role of ‘Mortimer Brewster,’ and Alex Fisher plays ‘Abby Brewster.’

When the time comes, you’re going to want to buy tickets ASAP as the theatre seats only 904 people, but social distancing seating is going to be used to seperate families, so Mr. Morphew says, “…there’s going to be two between each seat, we’re looking at about 700 [seats.]” Tickets go on sale on October 16th, you’ll find them at teachtix.com, priced at $11.o5 for adults, and for students you’re looking at $5.79. The show itself has a run time of about an hour and a half, and the Drama Club can assure that you’ll enjoy every second! It’s no surprise that this show will be good, as last year’s production of Clue by the Drama Club was astounding. Arsenic and Old Lace will be showing November 4th & 5th at 7PM. We at The Blue and White think it’s safe to say that Drama Club is not going to dissapoint this school year!