The Blue and White • September 9, 2021 • https://ahsblueandwhite.com/2202/clubs-and-activities/say-ni-hao-to-the-anime-club/ 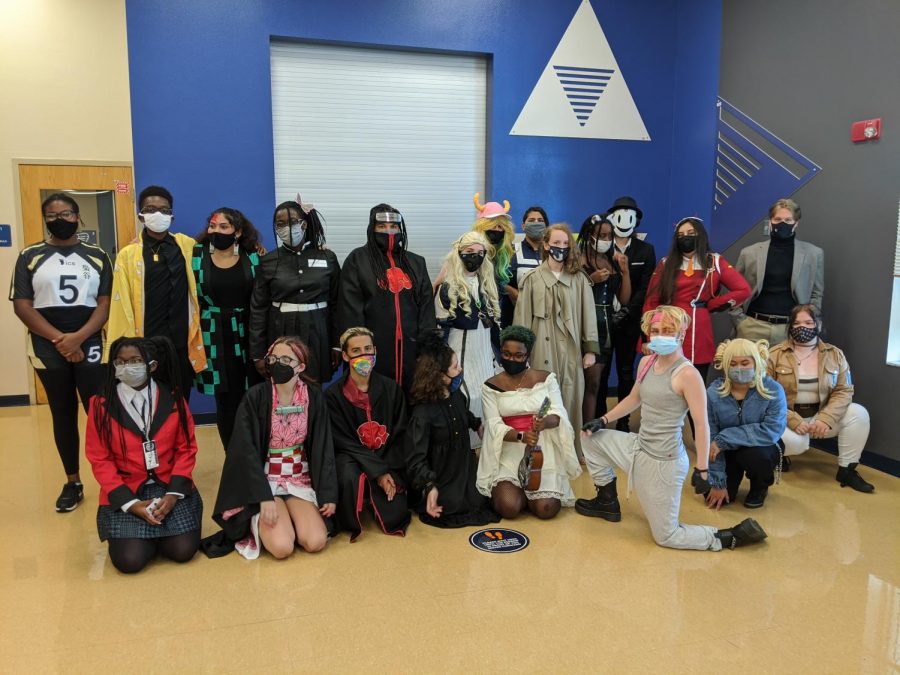 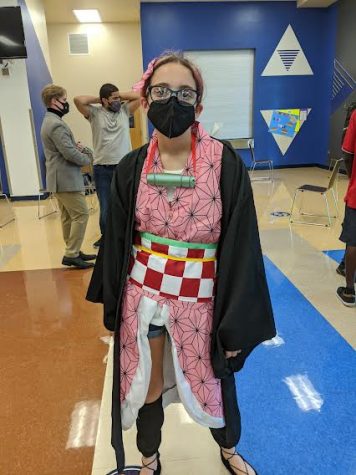 Interested in watching anime and making new friends with common interests? Then this club is the one for you! The Anime Club was created by Mr. Wagner, but now Ms. Mayer is the sponsor and is both excited and intrigued with getting to know all about anime! Before even deciding to sponsor the club she only knew of the word and that it was a Japanese cartoon. She also knew it had exploded in popularity. So she took it upon herself to explore and learn about it. Although she admits it can be stressful at times due to the continuous joining of club members; there are almost a hundred club members. Thankfully, she has some help to take the load off. 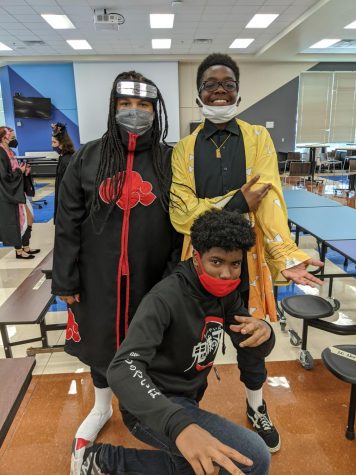 With excitement to forge ahead, Ms. Mayer and the club participants have already started doing some activities. The first week they did a meet and greet and set up some rules of the club. They established presidents, vice presidents, secretaries and treasurers, all the works. The second week they did a couple of Kahoots, which Ms. Mayer says she knew none of the answers to. With a helping hand, President Jaiden Galati made the Kahoots and was able to include everyone and make sure they had lots of fun. They also had prizes to give out, but they all knew the answers. “It really just became a game of speed,” says Ms. Mayer. They also watched a movie and had a couple of snacks. That sounds like fun. But what sounds like more fun is the cosplay event that happened on Thursday, September 2nd. 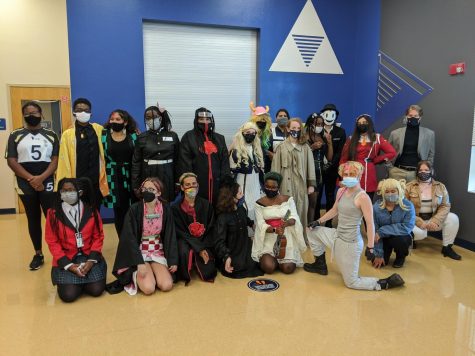 For those who don’t know what cosplay is, it’s an activity or performance art where cosplayers, also known as the participants, dress up as a specific character from a show. As shown in the picture to the right, that’s exactly what the Anime Club did. When asked the question, what about cosplay makes it so fun to participate in, Galati answered, “A lot of people have comfort characters or specific characters that they hold close or that they can relate to. It’s just their way of expression and even though it’s fictional, you can still put together the outfit and dress up and play that role.” There are plenty of different genres of anime to watch and characters to dress up as. Vice President Leyla Martinez says,“You have Shōnen, slice of life, romance, mystery, sci-fi, basically any TV genre, that’s anime as well.” So they never have any problem running out of what to watch, and the only problem is choosing who to dress up as. “They have everything for everyone,” Galati says. Ms. Mayer also has a great idea of taking the kids to a convention outside of school. 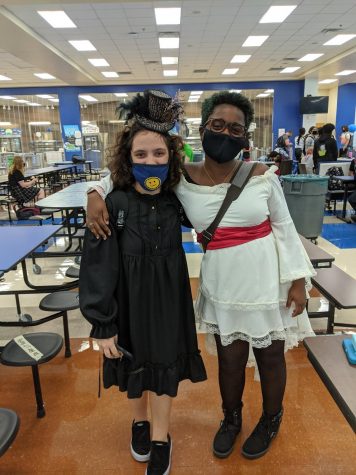 Being in this club allows you to be around those with common interests and be able to make friends that will share excitement if a new show were to come out or new episodes on a show you are binging. This club accepts and celebrates all the differences in each and every club member. Galati says, “I try to include everyone and help everyone have a fun time and feel included.” Martinez also says, “We try to make it as inclusive as possible, I’ve been in this club since sophomore year, I’ve never had a problem with anyone.” As you can see, this club is opening arms to all those who love anime and even those who just want to learn about it. If you would like to join the club, just reach out to Ms. Mayer at [email protected]