Why is Standardized Testing Still Occurring in Schools? 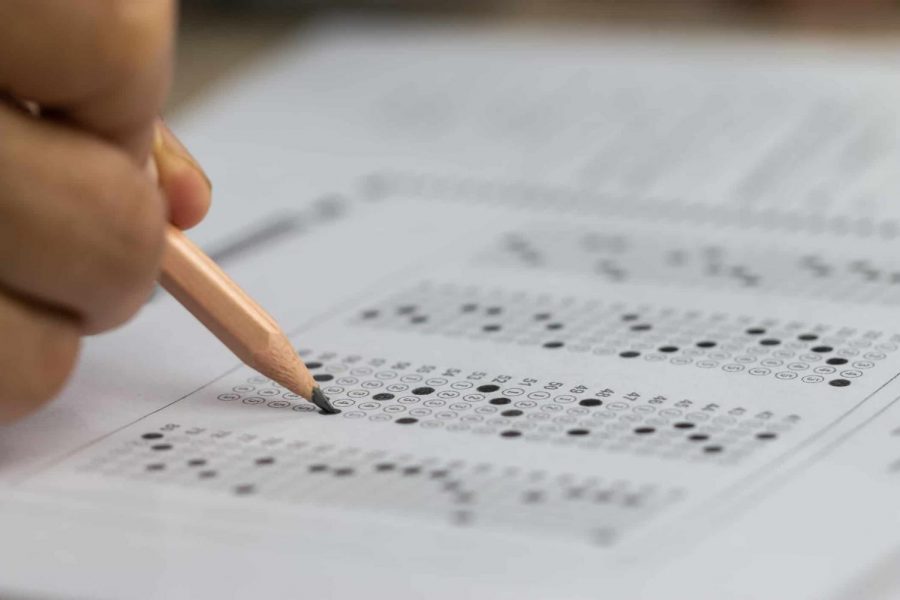 The Perspectives page of The Blue and White offers students and staff an opportunity to express their thoughts about topics that affect our school, our community, or the world at large. The views and opinions expressed are those of the author and do not necessarily reflect the official policy or position of The Blue and White.

The following article was contributed by Junior Ariana Shaw:

Standardized testing time is one of the most dreaded times of the year for students, and oftentimes, teachers. The last few months of school roll around and students fill with panic and angst knowing that their grades depend on the outcomes of these tests. But, is this fair?

Many American schools preach about stability, honor, and help, but when testing comes around, that promise is dismissed. Students are pulling all-nighters, surviving off of iced coffee, and crunching as much studying into 5 minutes as they possibly could. These habits are incredibly unhealthy, so why are schools STILL allowing this to be done to their students?

Sadly, their need for standardized testing comes from ulterior motives of common practice, and most likely the increase of money distribution to the schools (and their staffs). Studies have shown that states spend around 1.7 billion dollars on standardized testing per year all together. So why would states still want to participate in this loss of money? It most likely occurs because the money influx that schools make from the exams are a bit higher. These returns oftentimes make it worth it for teachers also, but never the students. The worry about failing the exam doesn’t give them any sense of happiness or relief, but it does put some extra money into the pockets of school staff! Another common issue of money in these testing periods is the compensation of AP testing. If a student passes an AP exam with a 3 or higher, the teacher that taught that student receives a certain amount of money for that student individually. After knowing that, wouldn’t you assume the stress and/or anxiety of a student would increase?

Standardized testing also doesn’t properly exemplify the amount a student has learned over the year. What if you’re having a bad day? What if you feel sick? Sadly, this test is supposed to show how much you know, and if you are suffering from one of those consequences, you’re out of luck. Students have reported of many problems occurring before their test and then failing it, however, no mercy was shown. The students often feel a pit of shame within themselves after seeing their result, which is heartbreaking.

Another arising issue are the teachers personal feelings about standardized testing. A few years ago, teachers began to feel unhappy in their classrooms due to the “teaching-to-test” ideology pushed by the various testing administrations. This has led to many teachers feeling the liveliness of their classrooms decreasing, alongside the creativity that once filled their classrooms. Teachers also feel a strain between their relationships with their students and themselves.

So what can we do about this? Some colleges have taken small steps to eliminate SAT and ACT scores as a requirement to be allowed in. These steps have released some of the pressure and stress students often feel around graduation time. We have to be vocal about our personal experiences with test anxiety and stress. If we start to speak out, everything else will soon fall into place (with a bit of help from the testing administrations). WE have to push stability, honor, and help within ourselves and the people around us, and soon, testing stress (and hopefully testing overall) will leave us, and our worries alone.