The Blue and White • February 19, 2021 • https://ahsblueandwhite.com/1568/features/trump-and-the-giant-impeachments/

Trump and the Giant Impeachments 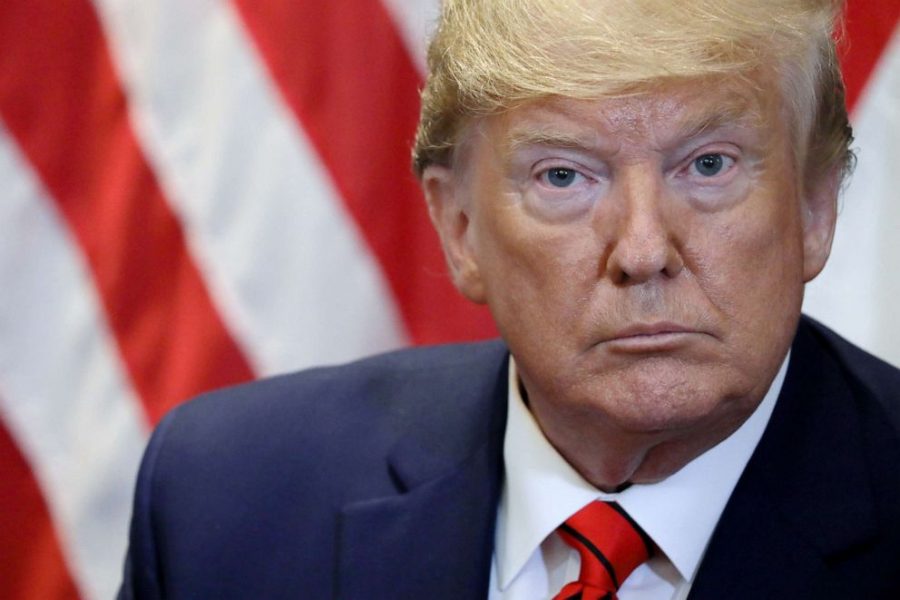 Whether you are left leaning, right leaning, or claim to have no interest in politics– you know who Donald Trump is. Even those who didn’t have him as a President know who the forty-fifth President of the United States is. With a now banned twitter account, track record of memeable content, and a multitude of fanfics to his name, Donald J. Trump can now add his second impeachment to the long list of things he has accomplished as President. Taking a jab at Trump is easy to do for a lot of people, but it’d be unfair to claim he hadn’t done anything useful in office.

However, those accomplishments did not deter both calls of impeachment against the President. The first impeachment, occurring on December 18th, 2019, claimed two articles of impeachment. The House claimed that Trump participated in “abuse of powers” as well as “obstruction of Congress.” The second impeachment trial occurred on January 13, 2021. This time, only one article of impeachment was applied: “the article of insurrection.” 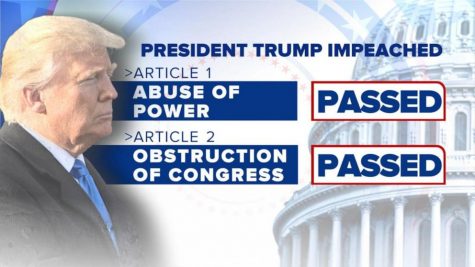 Because of the sensitivity of the matter, all interviewees that The Blue and White reached out to would like to remain anonymous. 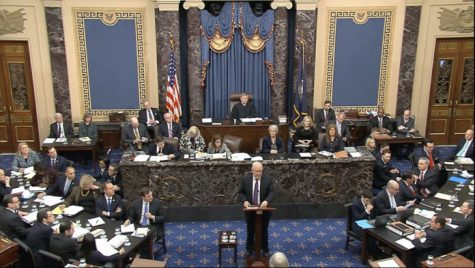 “They should have tried to at least get some laws in place- things to make this really stick–” says our first interviewee, a left leaning person at Apopka High. They explain that they found Trump’s impeachment not sticking as “an expected result”, voicing disappointment as he continued to remain in office. “Everyone kind of pulled a blind [eye] to [the stuff he pulled], … [I] didn’t think they’d actually do it.” They admit to not having trusted anyone to step in. “America preaches about democracy; but [this] was just a perfect example of how it actually is living here.” They continue by saying that they didn’t feel as if either times of impeachment were rightfully done, “More specifically, the second one… the majority voted to prosecute him and yet the majority votes won.” To finish off, the student expresses that we haven’t and probably won’t learn our lessons. “We really need to stop acting like racists are stupid… they need to be dealt with head on and shut down before they can do more damage like Trump… History will repeat itself a lot sooner than people think.”

Center leaning student of Apopka High has some different opinions, however. She states, “I predict that they will do this to every President when the House’s political affiliation differs from the President, Democrat or Republican.”, calling back to her beliefs that both political parties are horribly corrupt. She ends her statement by explaining, “In either case it was not rightful … the facts show that Trump was never proven to have committed a crime. In 2016, we got a three year intense investigation into the election and found no evidence of collusion with Russia… not a single person is able to point to a Trump quote or Tweet … without majorly reaching for it (or ignoring his calls for peace, see January 6th speech where he says ‘march peacefully and patriotically’).”